The Olympics and the CPA Exam: More Similar Than You'd Think?

Tonight approximately 4 billion viewers will be glued to the TV watching the Opening Ceremonies of the 2012 Olympics – some might even be CPA Candidates ditching their highlighters for the Olympic flame. However, instead of chalking tonight up to an evening better spent studying, we believe that CPA Candidates can learn a thing or two…or three from the Olympic Games. 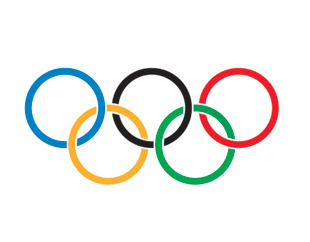 1. The Olympic Motto is “Swifter– Higher – Stronger.” CPA hopefuls know firsthand that consistently striving for better
is also a reality in order to pass the CPA Exam. They must not only race the clock on exam day, but also ensure that they finish all 4 sections of the Exam within 18 months. They must score higher than the dreaded 74. And lastly, they must stay stronger than they’ve ever anticipated. Together, these three qualities have led to global success since 1896.
2. The Olympic Creed reads: “The most important thing in the Olympic Games is not to win but to take part, just as the most important thing in life is not the triumph but the struggle.” For CPA Candidates, this is a big one! If you study, you will pass. It is not necessary for your success as a professional CPA to attain the Elijah Watts Award – you simply need to fight hard, study hard, learn the material, and pass.
3. Prepping for the Olympic Games is a grueling process, no doubt
about that. Most Olympic trainees practice every single day with strict physical
and mental regimens. And oftentimes, young athletes train for years and years for
just. one. single. event (sound familiar?). However, if you asked any of the athletes
on the Olympic Podium whether or not they regret missing their annual trip to
Vegas, or their favorite episode of Modern Family on TV, we guarantee not a
single one would say ‘yes.’ When you’re staring at your computer screen revealing
your passing score, it’ll all be worth it. Trust us.
We leave you with a quote by America’s very own Jesse Owens: "We all have dreams. But in order to make dreams
come into reality, it takes an awful lot of determination, dedication,
self-discipline, and effort."