CPA Exam Mistake #9: Not Studying How the Multiple Choice Questions are Worded 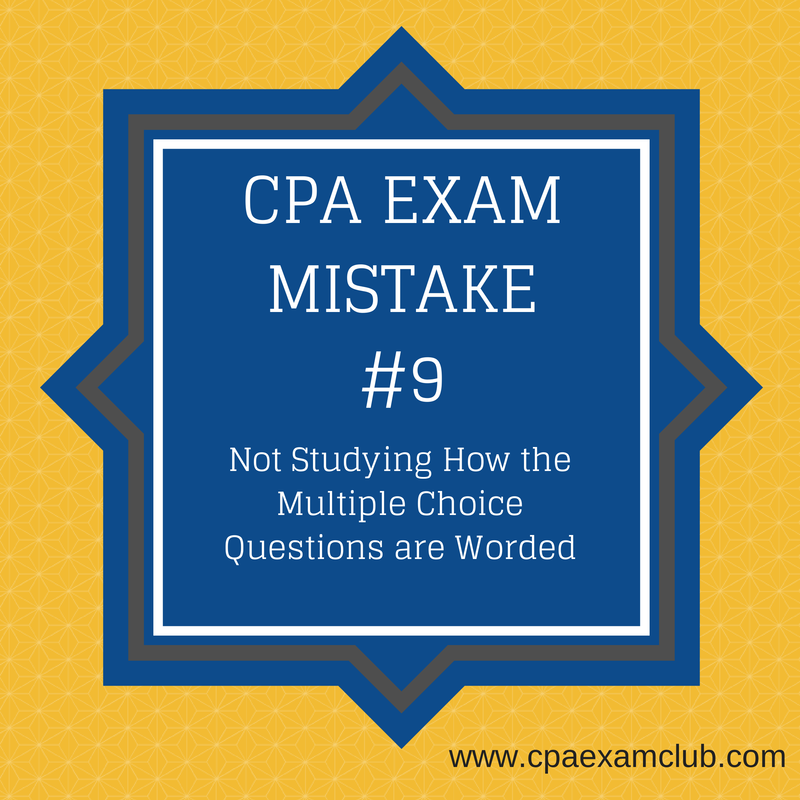 The questions on the CPA exam are notoriously tricky. They require you to pay attention to each and every word of the question and answer. This demands your complete focus and it can be hard with all the anxiety and fatigue that comes with exam day. A typical "trick" question they will ask is:

There are a few things to notice. First, they provide all sorts of unnecessary information...distractors specifically designed to lead you to the wrong answer.

You do not need to know how much was sold during the year, how much inventory Uncle Earl had on hand or what Libation's margins were. If you start this question by reading the last sentence before reading all the other facts at the beginning of the question, you can more easily pinpoint the information you need.

The only two pieces of information you need are Libation's ending bourbon inventory related to purchases from Uncle Earl and Uncle Earl's margin rate.

Second, they switched the order in which they provide information about the two companies. In the first part of the question, Uncle Earl is listed first. In the last part, Libation is listed first. If you are not careful, you will apply Libation's margin rate to the ending inventory and get to an incorrect answer.

Third, the incorrect answers are all combinations of various numbers used in the facts of the question.

On the exam, they will not use colorful, memorable scenarios, like Uncle Earl selling his backyard bourbon.  They'll make it as boring and mundane as possible, with names like "Company G" and "Company T" or "Peat" and "Stall."  If you do not pay careful attention to the names, you can easily pick up the wrong information which will lead you to the incorrect answer.

You may fully understand the concept the question is getting at (in my example above, how to eliminate intercompany profit), but if you are in a hurry, are losing focus, or are overconfident, you can easily get questions wrong because you miss one small but vital detail.