Using the below background information for approximate score release dates, the 7th full week of testing would fall on the week of February 15th. Wave 1 cutoff is normally the 7th of the 2nd month, but in this case, February 7th falls on a Sunday, so Wave 1 cutoff would be Friday February 5th.

Starting a couple days before Feb 15, you will want to keep an eye out for tweets from @NASBA and @cpaexamtweets or receive e-mail updates from the Score Release Group at CPA Exam Club (more soon) as NASBA should tweet around 2/15 that a certain number of Wave 1 Scores have been released to them from the AICPA.

The score release process officially starts rolling once the AICPA scores have been released.

Within 24 hours of AICPA release notification, a few "early bird states" (CA, VA, IL and a few others...) will release their scores.

For "NASBA States", it generally takes NASBA 24-48 business hours to get the scores posted to their CPAES system. Once NASBA releases scores (around 9pm EST), several states (the NASBA States) will be released all at once. Several other states will release during this time as well, most via their own BOA site or via e-mail. The "snail mail states" follow to wrap up the Score Release Wave.

There is no official score release order, but based on past history, the order appears to go BEC, REG, AUD & FAR. If you give the AICPA a day between each section, that will push the AICPA FAR WAVE 1 release into the week starting 2/22.

CPA EXAM SCORE RELEASE - BACKGROUND INFO
“The anticipated score release dates for some exams taken in the first month of the testing window will be during the seventh week of the window. The remaining exams from the first month and all from the second month will be released two to three weeks after the end of the window...” 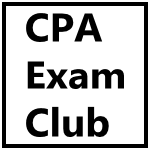 Comment by VS on February 17, 2010 at 7:34am
I am getting pretty irritated with this method of releasiong scores. They should just provide us with a definite date cause the waiting is making me insane. Additionally, whenever, I head of to check my marks with the Colorado board and click on the scores, I get an error message stating that the page cannot be accessed, not the usual message error, score not found... Quite frustating!