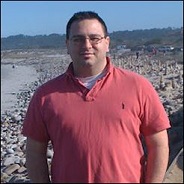 Hello everyone.
So I had 6 cups of coffee today and one Mountain Dew.  Totally can’t sit still.  Wanted to write about tonight a study secret I learned back from FAR and how I’m applying it to AUD.  So here it is, ready?
Focus on the differences. What?  Simply enough, focus on
where the differences are.  For instance, when learning IFRS, I didn’t focus on the IFRS that was the same as GAAP, I only focused on the IFRS that was clearly different, and guess what – that’s exactly what I was tested on.
So to make your life much easier with the awesome chart Roger put together on the opinions, just focus on where the differences are.  For instance – don’t sweat the unqualified column, because if the issue is immaterial, it doesn’t matter if the issue is from a disagreement, a scope limit or an uncertainty.  It will always be unqualified.  So now what? Move on.  If it’s a material issue either for a disagreement or scope limit, guess what – it will always be a qualified opinion.  You just knocked out two of the five opinions Roger teaches in a matter of seconds.  BAM!

There are a lot of details in the material, but don’t sweat it.  Try to come up with solid study strategies that will maximize your learning potential and optimize your time!
Philip is a resident of the great state of New York, but has inspired and motivated fellow Roger students through online forums and social media platforms across the globe. Philip has already passed FAR.