First of all, good luck to all of you testing this window!  Before we get started w/ score release information, make sure you subscribe to the Score Release Group at CPA Exam Club.  When you subscribe you will receive timely e-mail updates regarding the current score release. 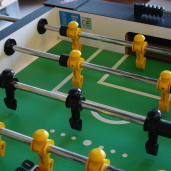 Score Release Changes
Effective 2011, Wave 1 & Wave 2 score release terminology is a thing of the past.  The AICPA plans on making improvements to their score release system and for starters there will be no "Wave 1 and Wave 2".  Things are going to be different...check back here for updates and important score release information.

Score Release Timing
Per the AICPA, scores for the April/May window will be released during the "Blackout Month" (i.e. June).

read: 2011 Scoring Changes - Scores to be Released During Blackout Month / No Wave 1 or 2

So when will scores come out in June?  Good question.  We only have the first window to work with under the new 2011 format.  Last window scores were released late in the blackout month and there were official comments from the AICPA and NASBA released.  Per NASBA: "For candidates who have tested in the April/May 2011 testing window, barring unforeseen circumstances, the AICPA will release the scores to NASBA within a 7-10 day period beginning the third week of June 2011". (See message from NASBA below).  Any new information regarding score release will be posted here as it becomes available.  You can also choose to follow @cpaexamtweets on Twitter or CPA Exam Club on Facebook.

Early Bird States
Pre 2011, within 24 hours of AICPA release notification, a few "early bird states" (CA, VA, IL and sometimes a couple others...) released their scores.  Under the new score release system, we witnessed NASBA posting scores before these early birders, so they may need a new moniker.

NASBA States and NASBA Score Release Rollout
In the first window of 2011, we witnessed a new and improved NASBA score posting.  Once scores were released from the AICPA (which was the delay), NASBA posted within 24 hours for many of the states.  Please see the NASBA Listing, states that release w/in 24 hours of AICPA posting are denoted as such.  Members noted scores released more in a rolling batch process (by NTS vs state) vs. released in bulk around 10pm EST as they had been in the past.  There are still several states that fall w/in the 48 hours to post category.

Several other states will release during this time as well, most via their own BOA site or via e-mail.  The "snail mail states" follow to wrap up score release.

For those of you interested in the historical Pre-2011 score posting, for "NASBA States", it generally used to take NASBA 24-48 business hours* to get the scores posted to their CPAES system.  Scores were released around 10pm EST, and several states (the NASBA States|list) were released all at once.

* In December NASBA tweeted about changes to their score release process.  here are the specifics from NASBA

read: Interview with the AICPA

Score Release Order
There is no official score release order, but based on past history, the order appears to go BEC, REG, AUD & FAR.  REG, AUD & FAR seem to switch around a bit.

EMAIL SENT TO CANDIDATES | VIA NASBA

This message is to remind candidates of the score release timeline for 2011.

Because of the significant changes made to the content and structure of the Uniform CPA Examination in 2011, there have been comparable changes to the scoring process, all of which require more extensive psychometric analyses of both test questions and candidate performance for the first three windows of this year. Sufficient data needs to be aggregated for the required additional analyses and the data must come from actual, operational exam results. For each testing window, we have to acquire a sufficient sample size of exam results in order to perform the required analyses and score the exams properly. This process takes time. Therefore, for the first three testing windows of 2011, scores will only be released after the end of each window.

For candidates who have tested in the April/May 2011 testing window, barring unforeseen circumstances, the AICPA will release the scores to NASBA within a 7-10 day period beginning the third week of June 2011.

We anticipate that by the October/November 2011 testing window, we will have aggregated enough data so that the additional analyses won’t be necessary, and scores can be processed on a rolling basis, and hence more frequently. We encourage candidates to visit the Psychometrics and Scoring page on the Exams Web site for reliable information about score release and the scoring process. The AICPA does not endorse or support any other Web site or forum for disseminating information about the Uniform CPA Examination.