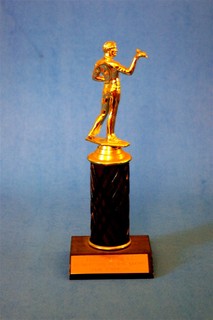 "The AICPA announced the winners of the 2009 Elijah Watt Sells Awards, which are presented annually to the 10 candidates earning the highest cumulative scores on the four sections of the Uniform CPA Examination.  For the 2009 award, however, several candidates received identical cumulative scores, resulting in a tie and increasing the total number of winners to 15. ...  "Candidates must have completed testing during the previous calendar year and passed each exam section on their first attempt. More than 93,000 individuals sat for the exam in 2009..."

The winners, in alphabetical order followed by their state board of affiliation, are: