A Multiple Fail Story with a Happy Ending! 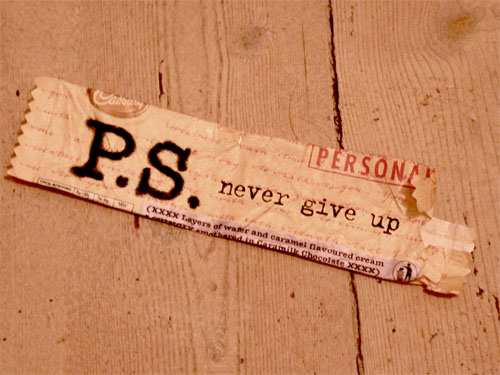 I've been lurking in these boards for 15 months now...I found out I passed my last section and I wanted to share my story,

I started this journey in January of '09 by taking an online review course (Becker) for REG & BEC. I studied about 10-12 hours a week… this on top of working 15 hours a week and taking care of my then 5 year old and 2 year old children (who are now 6 & 3). I took REG in Apr '09 and BEC in May '09. I found out I passed REG in June but found out I failed BEC. Passing REG was a great feeling but failing BEC was terrible because I knew I wasn't going to achieve my goal of passing all four parts on the first try!

I then picked up Becker's final review materials and took BEC again in August '09 while I started the online course review for FAR & AUD. I got my score report for BEC in the beginning of Oct '09 and found out I failed again. I was absolutely crushed this time and felt like maybe the Becker material wasn't enough so I picked up the Wiley book.

I took FAR in Oct '09 and AUD in Nov '09 and AGAIN attempted BEC in Nov. '09 so hoping I could be done with all of this by the end of the year. I found out (on my wedding anniversary in Dec.) I passed FAR...it was such an awesome feeling. I remember getting the letter before we were going to go out to dinner and wondering if I opened the letter it might ruin the night or it could make it that much more fun to celebrate. I chose to open the letter (with success).

I went along the holidays pretty much trying to not think about the exams but secretly wondering if I had passed them. January came and I found out I passed AUD...but after my 3rd attempt failed BEC AGAIN!! The failure so overshadowed my joy in finding out I had passed AUD. It meant I had to go back and study for BEC again which just seemed like such a huge task.

I picked up the Gleim software and scheduled another BEC test in Feb. ’10. I felt like maybe I would succeed since I was only studying for one section now…so my motivation was higher. I took the exam and waited for the results…by the way, I want to write something about waiting. Waiting for your results is so hard. You wonder if you should continue to study but you are so burned out and feel like you need a break you can’t do it. You hope deep down inside that you passed yet a small voice in your head doubts if you did. Usually the first couple weeks were ok for me but it was that last week before I knew I was going to get my results…that week was hard for me. Anyhow my results came for BEC in April and after my 4th attempt I had failed again.

This time I was angered more than anything…I had spent SO much time on this…SO much money on this…SO many things I had put on hold (family, friends, etc.) SO many times I wanted to not study but did anyways…I was not going to let this beat me. All the while asking the question how could I pass REG, AUD, FAR on the 1st try but not this darn BEC?? I picked up the Yaeger online CRAM sessions and now was using that, my Becker materials, my Wiley materials and my Gleim software and scheduled yet another BEC exam in May ’10 I felt like I was getting ready to go into battle.

The day came and went…I felt like I was getting better at taking the exam after I left but was still unsure because of some of the questions…(I had looked them up afterwards and got them wrong). But I still had a glimmer of hope in my heart but waiting for this score was excruciating. I had spent so much time…there was a lot riding on this…which leads me to another thing…

It is SO HARD to tell the people around you that you failed. All the people who helped me so much having to tell them that their sacrifice of time hadn’t helped me enough to pass. I began to feel extremely guilty for having them help me and wondering again if I was cut out for this…wondering if I was smart enough, sharp enough. Especially my husband, mom & mother in law who helped watch the kids so I could study. My boss who let me off work so many times so I could get in those extra hours studying before the test. To have to tell them each time I failed was the most difficult part of failing.

I looked up my score on July 1st and it was a passing one! I wanted to cry but I couldn’t I was just so thankful that the whole ordeal was over and I was going to get my life back again.

I hope in reading my story those of you who are still trying can understand that so many times I could have given up…I could have thrown in the towel. It took me FIVE tries to pass this section and I went into this convinced I would pass all four on the 1st try (what a sucker I was!). BEC was obviously the hardest one for me…other sections are difficult for other people but one thing I realized along the way is that it is not uncommon to have to take these exams more than once. That was something I didn’t understand when I started this process. And that it’s ok to take them more than once even if you are using the review materials and studying your heart out. You will realize during this process which topics you struggle with…they do expect you to be an expert in all the topics (even though you might not get tested on them!) But you will work harder and get better at those topics. It can be frustrating because some of those topics you don’t really like or really care about or even work with. But you started the process so you must finish it.

It took me 10 years to get my four year degree because I kept quitting (and changing majors!). I wasn’t going to quit the CPA exam and I am so glad I stuck with it even though I felt so much despair at times. I wish you all the best of luck and please don’t give up, keep trying you will get there and you will be very glad when you do! I plan on putting my passing BEC report in a frame, hanging it on my wall and having it be a reminder to myself about how important it is to finish what you start and also a reminder that no matter how difficult my life seems to get at least I don’t have to take BEC again (ha!).

If you need help getting over the sting of one or more missed attempts, come by the DNP (Did Not Pass) Support Group at the forum. Please know you are not alone.