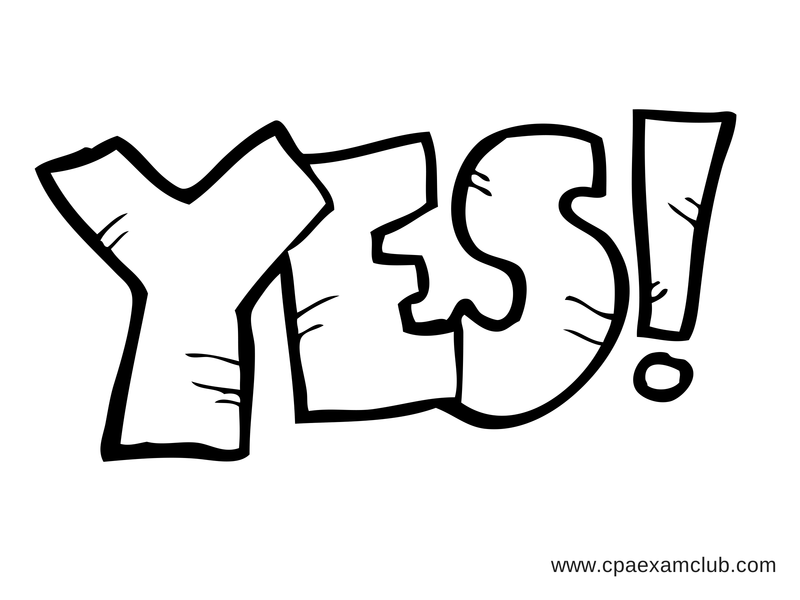 The accountant’s version of winning an Oscar: obtaining your CPA certification.  At least that’s what it feels like I have just experienced – my Oscar moment. It happened when the score releases came out on August 1st 2014.

I started my CPA journey in 2013 and had seen pretty good successes, taking and passing 3 of the 4 exams: BEC, FAR, and AUD by December. The original ‘PLAN’ was to have REG completed by April.  Isn’t it funny how often times someone makes a ‘plan’, then life decides to flex its muscles and laughs in the face of your ‘plans’! That pretty much describes my life during the first ½ of 2014. Everything that could go wrong, did go wrong! ...and while I had maintained my study schedule my mind was elsewhere. I used my hatred of all topics ‘tax’ as a reason to study something that I wanted to, not necessarily topics that I needed to. I let the difficulties of life take my focus away, although if you had asked me at the time I would have denied it vehemently. I could list all the roadblocks that came up from February thru April, but you know what? …EVERYONE goes through difficult times, I’m no exception. There’s no excuse, or reason, other than that I had let those issues get in the way.

A week before my exam I knew I wasn’t ready, over the previous two months my actual study time had become minimal.  One of the nice aspects of traveling the road of life is you really get to understand who you are, what works and what doesn’t. My instincts were telling me to reschedule; that there was still time.  I did not listen, I had become complacent and over confident, thinking that one” power study” weekend would be good enough.  Every exam previous to this, I walked into the testing center nervous as hell, my hands shaking and my stomach in knots.  But not this time, it felt uneventful – like my passion for what I was doing had been drained.  And then the clock started ticking. It didn’t take too long to figure out there were more questions that I didn’t know the answer to immediately, then one’s that I did. But still, I had hope! …as I finished the 3rd testlet and moved on to the Sims I could still believe. Then… while taking those Sims, I knew, there was no doubt, I was not going to pass.  There could be no way I would pass! Those Sims were brutal, and my knowledge base was weak. Once back home, I started looking at the calendar immediately, to see when I could retake.

Even though I knew, and my instincts clearly told me I knew, I would still find myself reading exam stories posted by others, tales of how they were sure they had failed and yet, ended up passing! Then the mind tricks started: “maybe this could happen to me”, anything is possible. I had to wait 4 weeks for my score…..a long, long time and certainly enough for me to forget the reality of that exam and replace it with the possibility of passing. Finally, the big day came. I got home from work and ran excitedly to the laptop.  Did I mention that one of my personality ‘faults’ is that I’m an avoider? While I work hard to fight that normally, over the previous 4 weeks I had let that part of my personality rule my days. I had known, before I even had left the exam room, that I did not pass… and my instincts were once again correct. Did I mention that one of my personality ‘faults’ is that I do not deal well with failure? To say I was devastated is an understatement. My BEC score was due to expire in August, this failure meant that I had only 1 more attempt, and if not successful, I would go from having the CPA right at my fingertips… to being only 50% done. Given all the difficulties, the demands and all the hopes I had for living life again I decided that if my second attempt was unsuccessful, I would hang up my dreams of reaching the pinnacle of my profession.

On August 1st the scores were released from my second attempt. I was so nervous, so utterly sick to my stomach from the stress, that I could not bring myself to check my score. My husband was worried; I’d had a difficult week… I was clearly worried about the day scores were to be released… I was unable to sleep or even eat, other than tiny nibbles here and there. He insisted on driving me to work, just so that he could pick me up. If I didn’t pass he didn’t want me driving during what was sure to be a crying jag, the likes of which mankind had never seen! When he arrived to pick me up, I admitted that I couldn’t check! ...so we came up with a plan: he would check for me, right there in the parking lot. I asked him to tell me if the score was 75, or higher. He took my cellphone to snap a photo and actually recorded the whole thing! He looked at the page, paused momentarily, and then looked up at me... he said ‘yes’.  The single best word I have ever heard in my lifetime. That right there, was my Oscar moment! My tears were from incredible happiness and great relief. I think that that moment will be one that I remember till my dying day. I am so proud to say that I am now a CPA!  (p.s. as part of our celebration we will be opening up the container of M&M’s I got for Christmas that have my initials, followed by CPA)

Just saw this post... way to go, Charlene!  It's been a great journey and your earned it well.  I'll be eating some Halloween M&Ms to celebrate!