Well, here I am among all you brilliant CPA Candidates....it is one of many hurdles to the CPA finish line.

In my case, I'm in my 50s starting a second career after 25 years in high-tech.  Around 2004, I went back to school at night and completed half of the requirements mostly in General Business and considering getting a masters in business finally.  However, it couldn't surpass the extensive experience I had in marketing, business development, and sales.  When I again went back to… 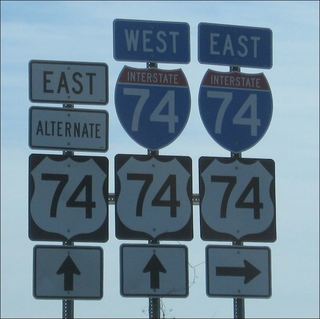 The Olympics and the CPA Exam: More Similar Than You'd Think?

Tonight approximately 4 billion viewers will be glued to the TV watching the Opening Ceremonies of the 2012 Olympics – some might even be CPA Candidates ditching their highlighters for the Olympic flame. However, instead of chalking tonight up to an evening better spent studying, we believe…
Continue

The month of July is smack-dab in the heart of summer, and with Fourth of July festivities in full swing it’s tough to stay on track to your CPA Exam goals. Tune
in below for our Top 4 CPA Exam Study Tips for the Month!…

Each score release, there’s no sweeter sound than the ding of an incoming email signifying the promise of another student testimonial! We’re so grateful for our wonderful students who have provided insightful testimonials accounting their experience with their Roger CPA Review course. Cue the “Chariots of Fire” and go nab some tissues…these ones are real tear jerkers!… 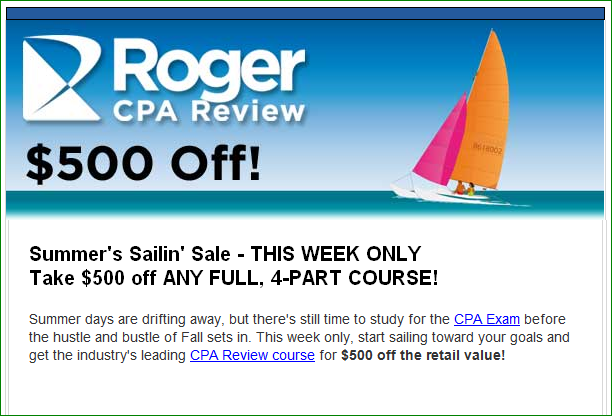